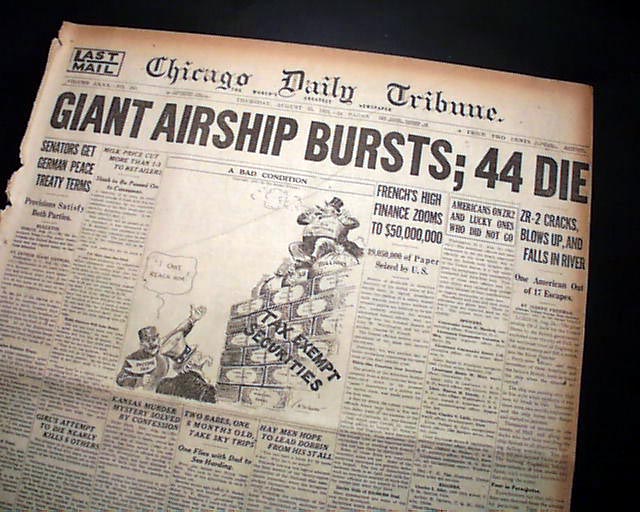 The top of the front page has a banner headline: "GIANT AIRSHIP BURSTS; 44 DIE" with subheads. More on pages 2 & 3 with related pictorial.
Complete with 24 pages, light toning and a little wear at the margins, irregular along the spine, generally good.

wikipedia notes: On 23 August 1921, ZR-2 was destroyed by a structural failure while in flight over the city of Hull and crashed into the Humber estuary, killing 44 out of the 49 crew aboard. This disaster resulted in more deaths than the more famous Hindenburg Disaster that killed 35.