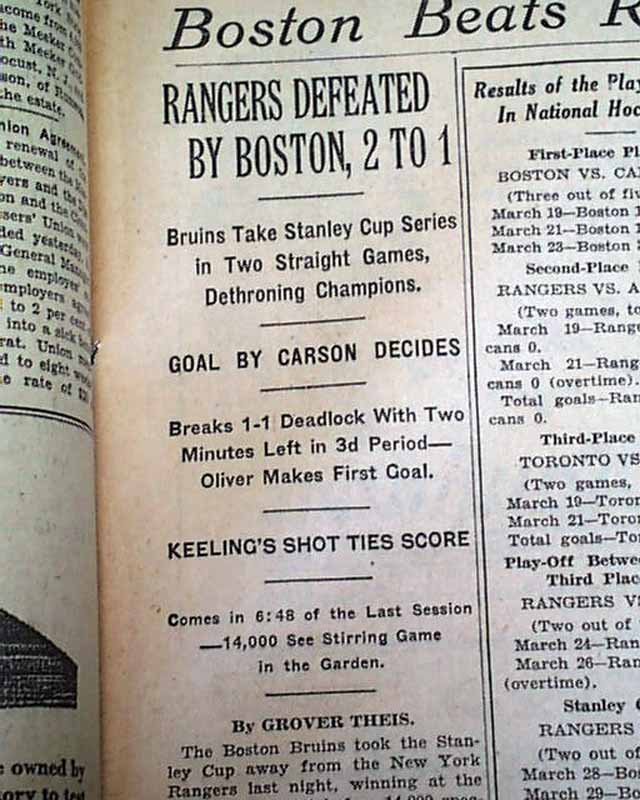 The sport's section (page 9) has a banner headline: "Boston Beats Rangers, 2-1, for Second Straight Victory and Wins Stanley Cup" with subheads and lineups (see images). First report coverage on the Boston Bruins winning the 1928-29 Stanley Cup by defeating the New York Rangers. Always nice to have notable events in history reported in this World famous publication.
Other news, sports and advertisements of the day. Complete in 30 pages, minor irregularity along the spine, very nice condition.