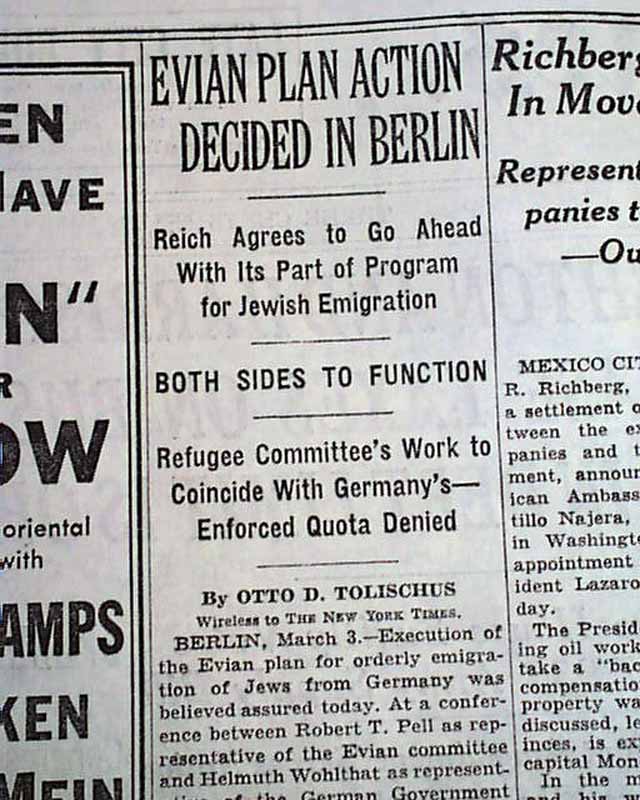 The front page has a two column headline: "Gandhi's 'Fast Until Death' Starts in Rajkot As Protest Against State's Autocratic Rule"
Also one column headlines on page 2 include: "EVIAN PLAN ACTION DECIDED IN BERLIN", "Reich Agrees to Go Ahead With Its Part of Program for Jewish Emigration" See photos for coverage on the ongoing Jewish holocaust in Nazi Germany.
Other news, sports and advertisements of the day throughout. Complete in 32 pages, rag edition in very nice condition.