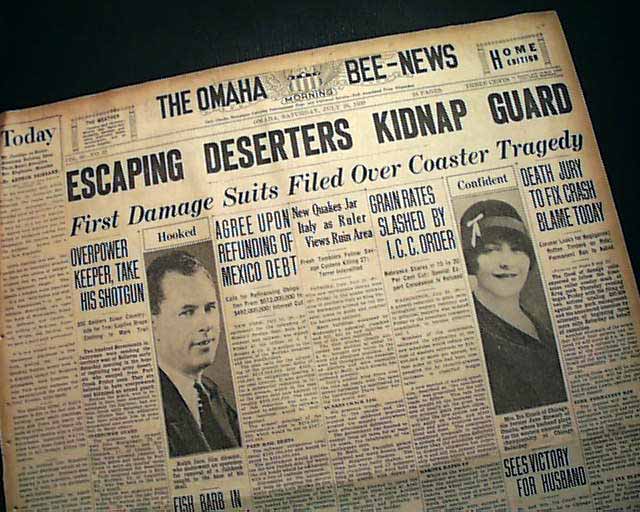 This tells of the Krug Park roller coaster tragedy in Omaha, Nebraska. Great to have from the city where it happened (extremely rare).

Other news, sports and advertisements of the day. Light browning with minor margin wear, otherwise good.

wikipedia notes: Krug Park (currently known as Gallagher Park) was an amusement park located at 2936 North 52nd Street in the Benson neighborhood of Omaha, Nebraska, USA at the turn of the 20th century. In 1930, Krug Park was the site of the worst roller coaster accident in the nation up to that time.

The most deadly roller coaster accident in the United States up to 1930 happened at Krug Park. On July 24 of that year, the park's "Big Dipper" roller coaster crashed. After 6 p.m., a bolt worked loose and four cars full of children and teenagers plunged to the ground. Four people were killed and 17 were injured.