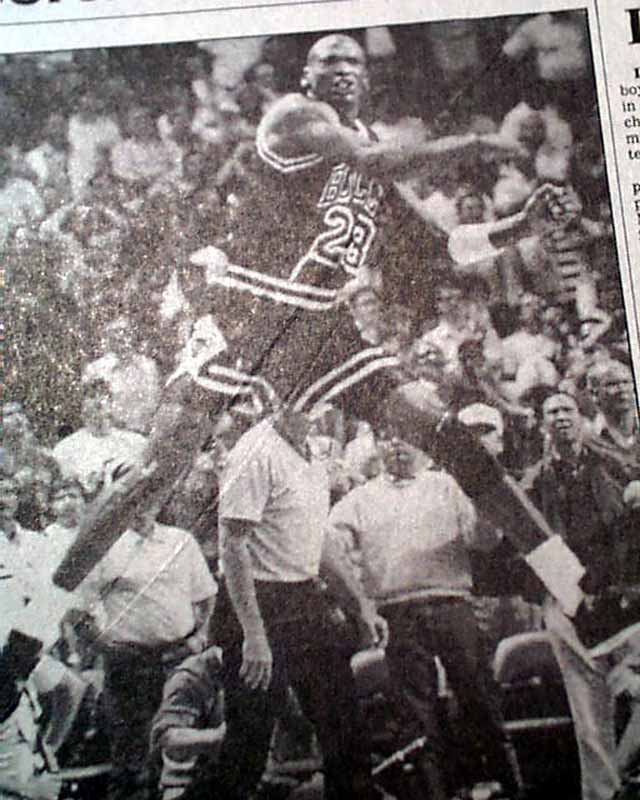 The top of page 7 of the sport's section of the May 9th issue has the iconic photo showing Jordan just after "The Shot", a buzzer beater shot by Jordan that gave the Bulls a victory over the Cleveland Cavaliers. (see)
Complete with 70+ pages, great condition.