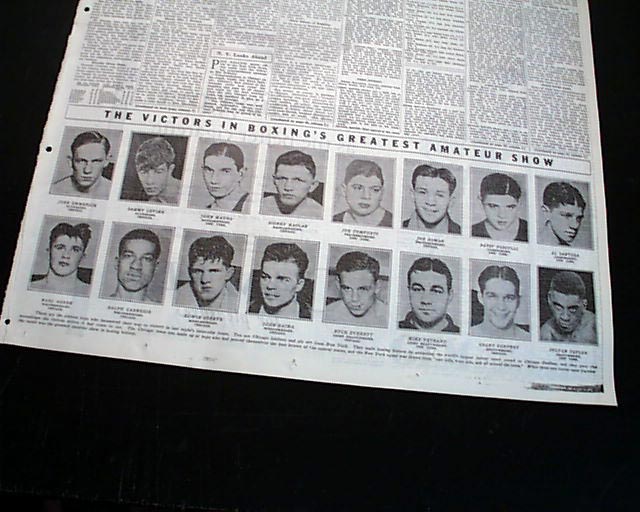 The front page of this section has a nice banner headline: "GOLDEN GLOVES CROWD SETS WORLD RECORD" with subheads and photos of victors. (see) More related photos are on the back page.
Complete section II only with 24 pages, rag edition, a few small binding holes and minor wear along the spine, otherwise in great condition.