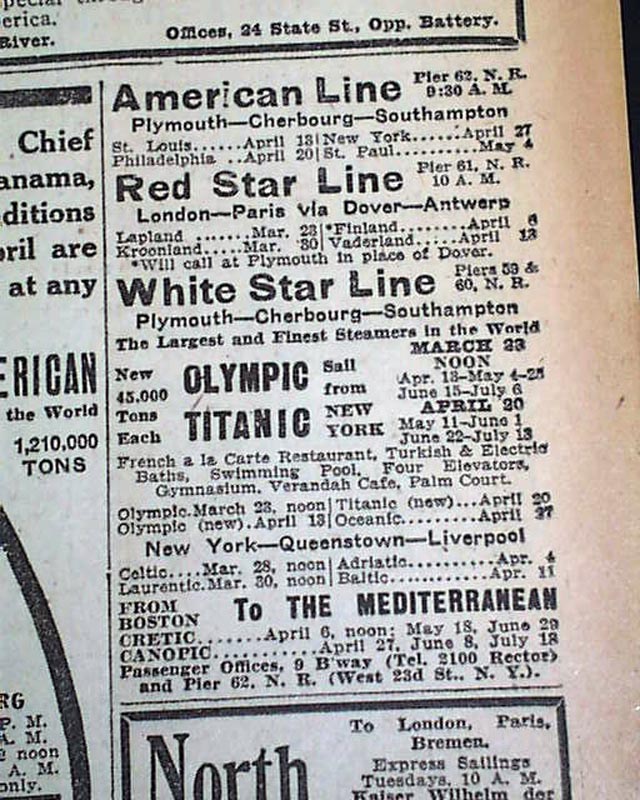 Published shortly before the world's largest ship--the "unsinkable" Titanic--would make history by sinking in the North Atlantic, this newspaper contains an advertisement on page 11 for the return trip of the Titanic. Obviously a trip which would never be made.
The page 11 ad is headed: "White Star Line", plus: "Plymouth--Cherbourg--Southampton" "The Largest & Finest Steamers in the World" "Olympic & Titanic" "Sail From New York" "April 20" plus a few other details. One wonders how many tickets were purchased for the return trip. This ad was published just 2 days prior to the Titanic's departure from Southampton, England.
Also of interest is an ad for the "Lusitania" above the Titanic ad. Curious to have ads for these two disaster-prone ships so close to one another.
Fourteen pages, light toning and a little wear at the margins with a few tiny tears, small hole on the ftpg., generally good. Should be handled with care.