Home > End of fighting in the Civil War...
Click image to enlarge 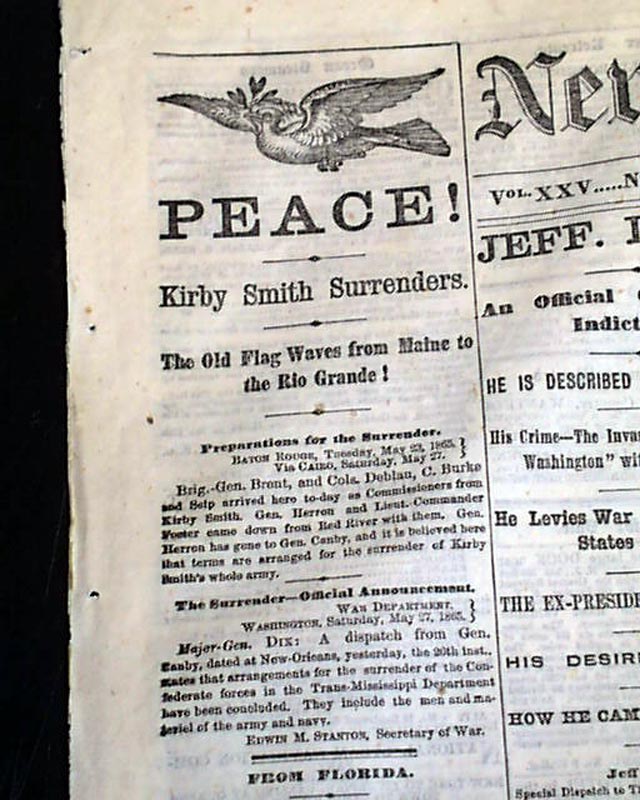 The top of the first column has an embellishment beneath which is: "PEACE ! " "Kirby Smith Surrenders" "The Old Flag Waves From Maine to the Rio Grande!". Also on the front page is: "JEFF DAVIS" "An Official Copy of His Indictment" "He is Described as a 'Yeoman' " "His Crime--The Invasion of the County of Washington' with 20,000 Insurgents" "He Levies War Against the United State of America" "The Ex-President In Confinement" "His Desire To Be Shot" and other end-of-war items as well.
With Kirby Smith's surrender all organized resistance in the Civil War has now come to an end.
Eight pages, never-trimmed margins, very nice condition.