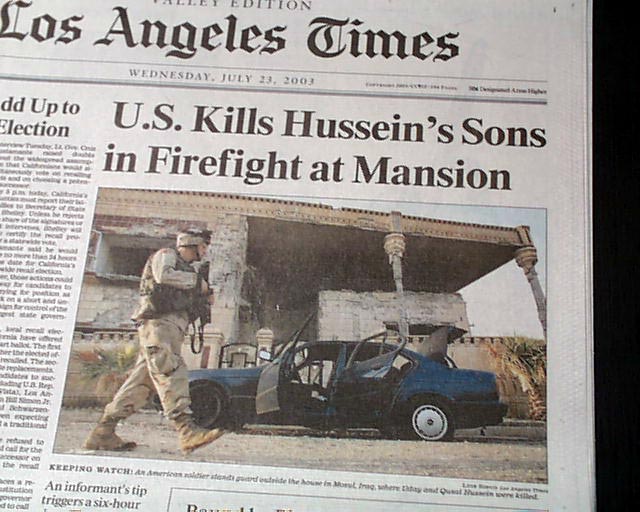 The top of the front page has a four column headline: "U.S. Kills Hussein's Sons in Firefight at Mansion" with subheads and two related photos. Much more inside.
Complete 1st section only with 24 pages, very nice condition.