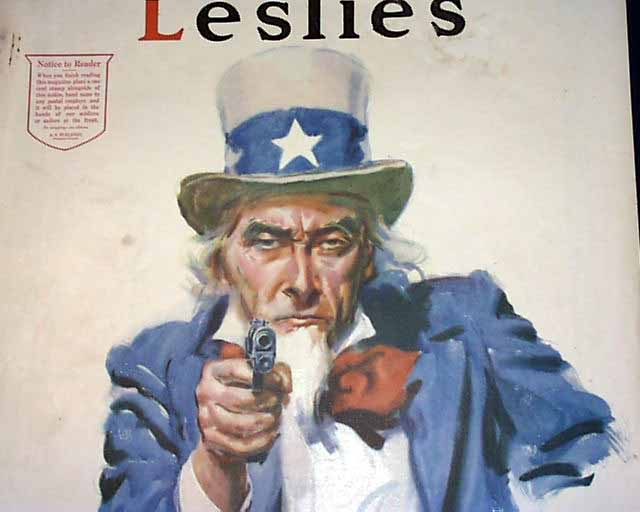 
LESLIE'S magazine, Dec. 29, 1917  See the photos for a variant pose of one of the most famous Uncle Sam images known, the famous "I WANT YOU!" image.
This one, captioned "Get Off That Throne!", also by the famed artist James Montgomery Flagg, is a political statement directed towards the Kaiser in Germany showing Uncle Sam with a gun in his hand. Otherwise the pose is remarkably similar to the "I Want You!" image which appeared on this magazine earlier the same year.
You get the complete issue, not just this cover. Some light soiling, mainly near the margins, generally in nice, displayable condition. A rare opportunity for a significant image.