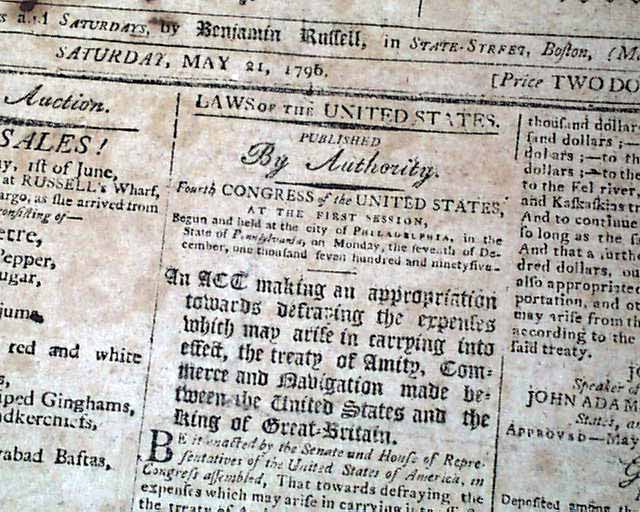 The front page contains not one or two, but four Acts of Congress, each signed in script type by the President: Go. Washington, and in block type by the Vice Pres: John Adams. A very nice issue for display given these four Washington signatures on the front page.
Page 3 has a report referring to the Jay Treaty: "The people of the United Staters says...thaty all the noise about...the Treaty was mere rant...and ninety-nine of every hundred of the virtuous yeomanry of Massachusetts are ready to swear to follow where GEORGE WASHINGTON leads."
Four pages, some foxing, minor chipping to a portion of the right margin causing no front page text loss.