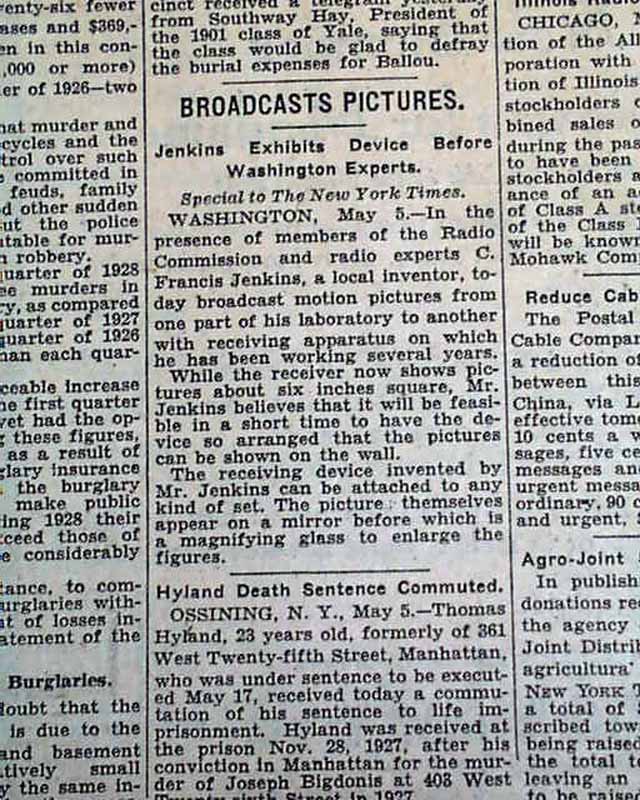 Page 3 has a small and somewhat discrete report with one column headings: "Broadcasts Pictures" "Jenkins Exhibits Device Before Washington Experts" (see)
Other news of the day. Complete 1st sections only with all 26 pages, irregular along the spine, generally nice.

wikipedia notes: Charles Francis Jenkins publicly demonstrated his new radio moving picture receiver in Washington, D.C. Government engineers, scientists and Federal Radio Commissioners sat in a darkened lab as well as in several homes with receiving sets. With the push of a button on the cabinet, silhouetted images of children at play were activated on the tiny screens.