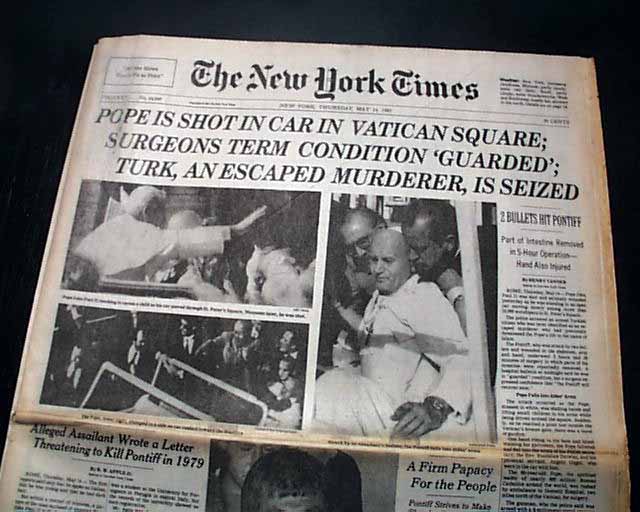 The front page has a nice banner headline: "POPE IS SHOT IN CAR IN VATICAN SQUARE; SURGEONS TERM CONDITION 'GUARDED'; TURK, AN ESCAPED MURDERER, IS SEIZED" with subheads and 3 related photos. Much more on the following pages.
Complete 1st section only with all 44 pages, a little residue and minor wear at the top left corner where a address label was removed, otherwise in very nice condition.