Home > Battle of Mukden ending in 1905...
Click image to enlarge 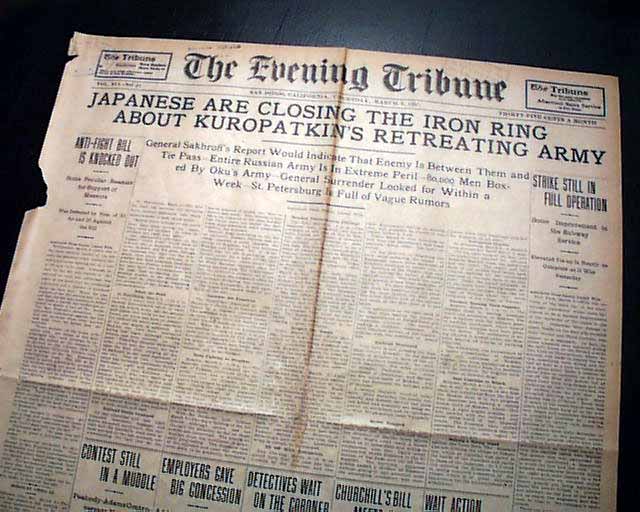 The front has a nice banner headline: "JAPANESE ARE CLOSING THE IRON RING ABOUT KUROPATKIN'S RETREATING ARMY" with subhead. (see) Nice for display. Surprisingly this issue is in good condition being from the "wood pulp" era. Very hard to find issues that are not totally fragile from this era in paper.
Complete with 6 pages, 2 small library stamps within the masthead, irregular along the spine, generally nice.

wikipedia notes: The Battle of Mukden, one of the largest land battles to be fought before World War I and the last and the most decisive major land battle of the Russo-Japanese War, was fought from 20 February to 10 March 1905 between Japan and Russia near Mukden in Manchuria. The city is now called Shenyang, the capital of Liaoning province in China.