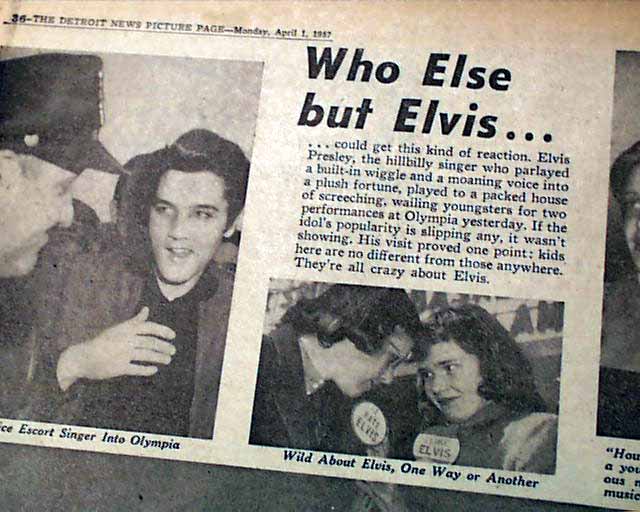 Elvis Presley was certainly one of the most notable names of the early rock & roll era, and newspapers with Elvis content are uncommon to find in his early years.
The front page has a two column heading: "Elvis Wiggles and Wails as 24,000 Scream and Sob" with photo. Five more related photos are on the back page, one showing Elvis himself. Probably only reported in a Detroit publication since that was where he was performing the night before.
Complete with 36 pages, some small binding holes along the spine, generally nice.