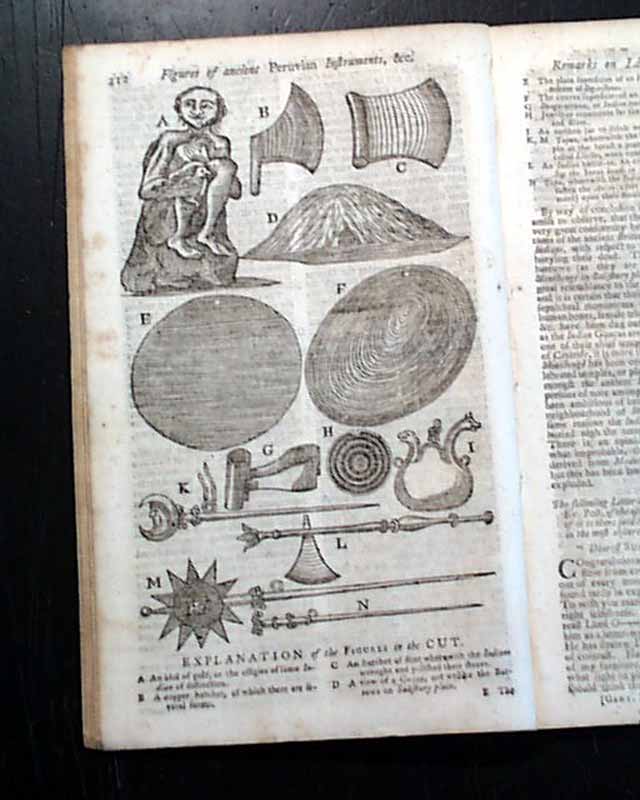 THE GENTLEMAN'S MAGAZINE, London, England, May, 1752  The most intriguing article is a fascinating report titled: "A new Hypothesis for Explaining the Phenomena of Thunder, Lightning, and Rain. Being an Extract from B. Franklin's Experiments and Observations on Electricity, Printed for E. Cave & lately translated into French at Paris."
Ben Franklin was certainly well known for his experiments with electricity, and here is a genuine magazine from 1752--during the very time he was doing such work--with reports on this very subject. This article takes over 2 1/2 pages of text.
This report includes a second article which talks about the lightening rod, credited to Ben Franklin as well, with the article beginning: "From several electrical experiments performed by our best naturalists, in pursuance of those by Mr. Franklin in Philadelphia...that to fix on the highest parts of buildings or ships sharp-pointed iron bars of ten or twelve feet...with a wire hanging down on the outside to the ground...is a preservative against thunder..." with more.
The photos below show only portions of these articles, simply too lengthy to show in their entirety.
Great issue on the famous experiments of Benjamin Franklin!
A full page shows: "Figures of Ancient Peruvian Instruments".
Lacking the plate called for.
Complete in 48 pages, full title/contents page with an engraving of St. John's Gate, 5 by 8 inches, very nice condition.