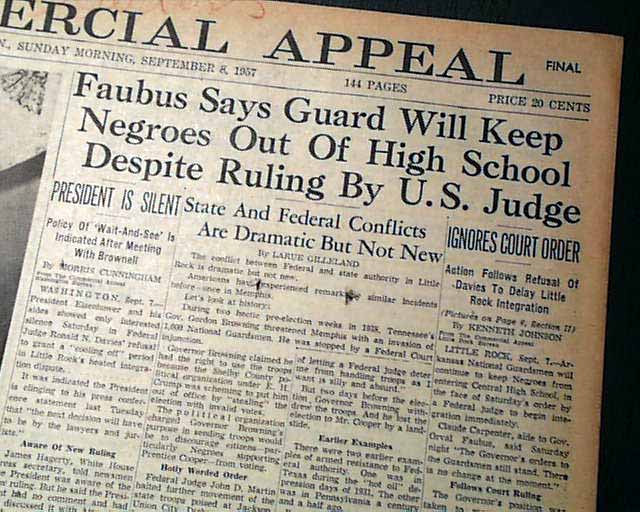 The top of the front page has a four column headline: "Faubus Says Guard Will Keep Negroes Out Of High School Despite Ruling By U.S. Judge" with subheads. (see) This report concerns the Little Rock Nine (see hyperlink for more), one of the focal points of the Civil Rights struggles of the 1950's and 1960's.
Complete with 20pages, light toning a the margins, some binding holes along the spine/1st column, generally nice.