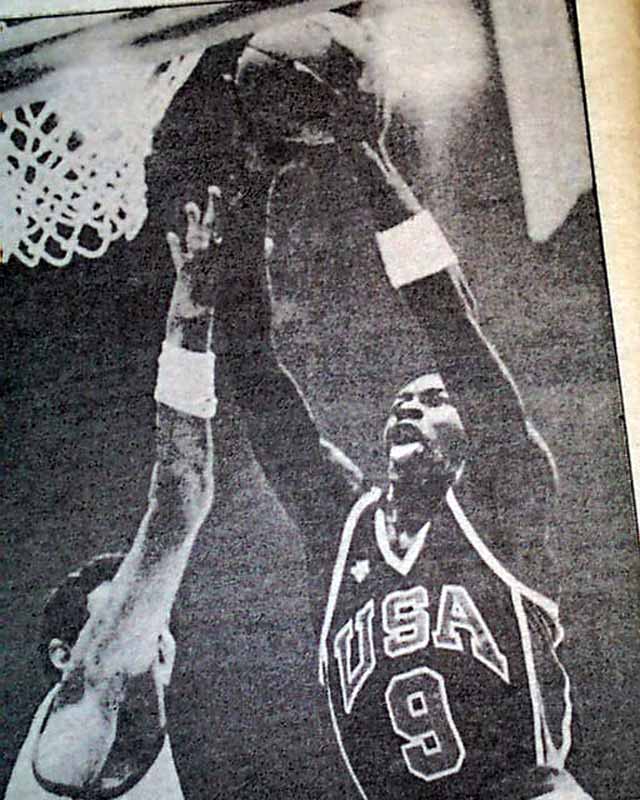 The top of page 116 has a three column heading: "Situation is well in hand" with subhead and photo. (see) A nice article on Jordan prior to his pro debut. Text includes: "I don't think the pros realize how good he is..." "When the games are over, he will join the pro ranks as the top draft choice of the Bulls" and much more. This was the last amateur team to  win the gold medal. This was also the time between Jordan being drafted by the Bulls and the beginning of the NBA basketball season. I expect this to be an extremely rare item because their was really no reason to save it at the time.
Complete tabloid size issue with all 120 pages, good condition.

wikipedia notes: The 1984 Summer Olympics was a coming-out party for Michael Jordan, who led the U. S. team in scoring and dazzled the worldwide viewing audience with his athleticism and speed, including during the sweep of the NBA All-Stars before the Olympics. 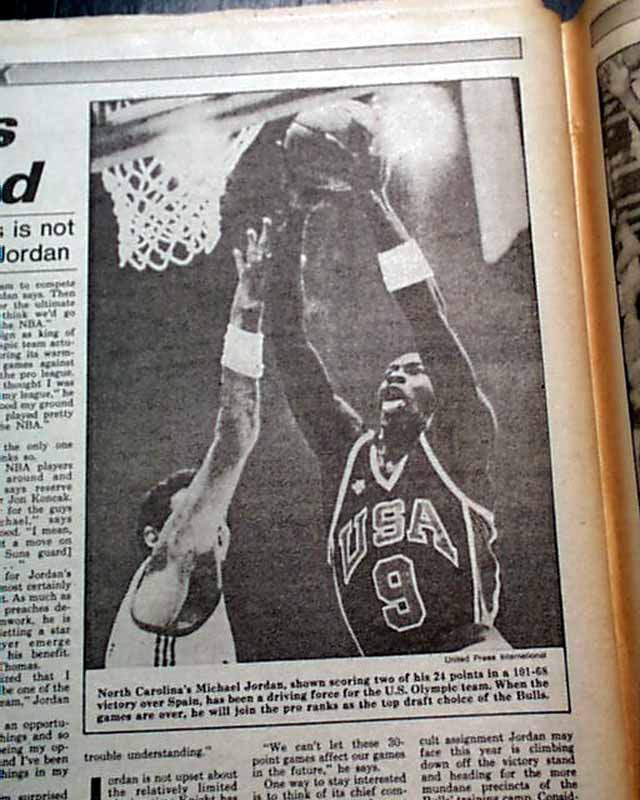 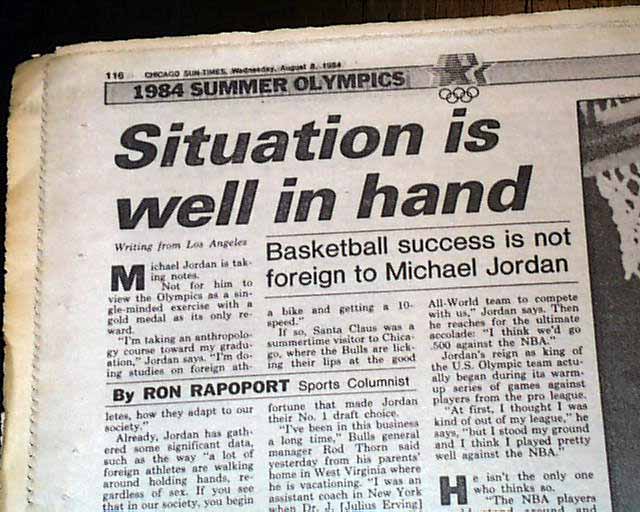 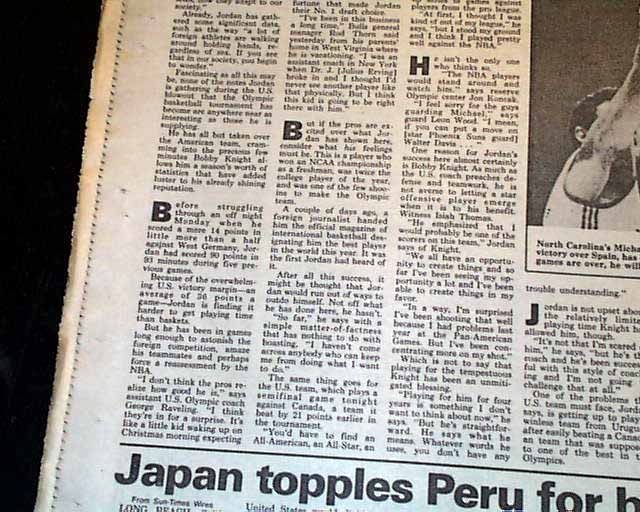 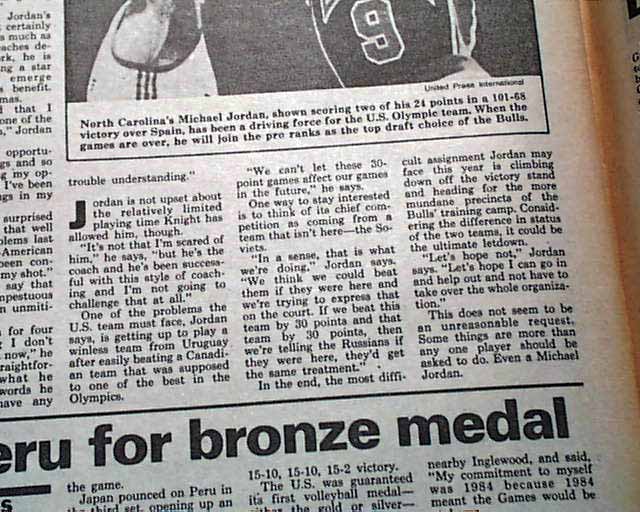 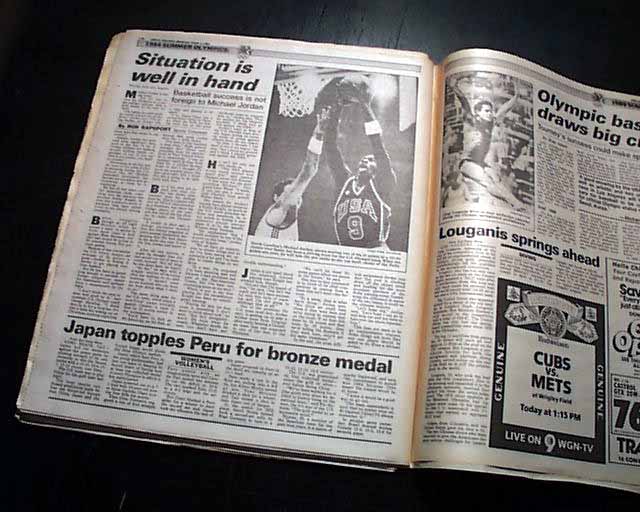 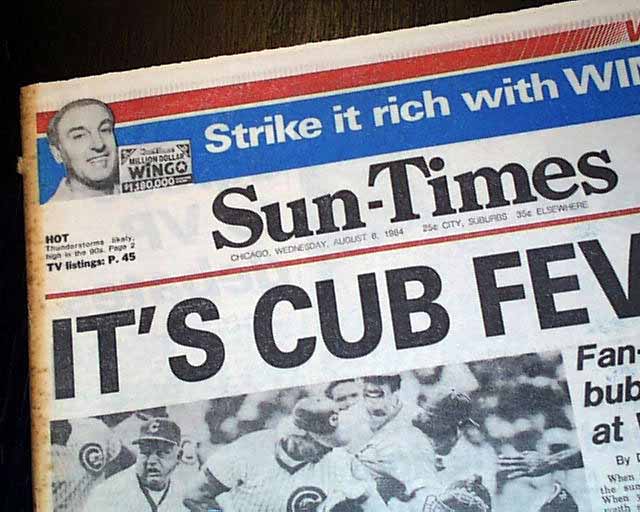 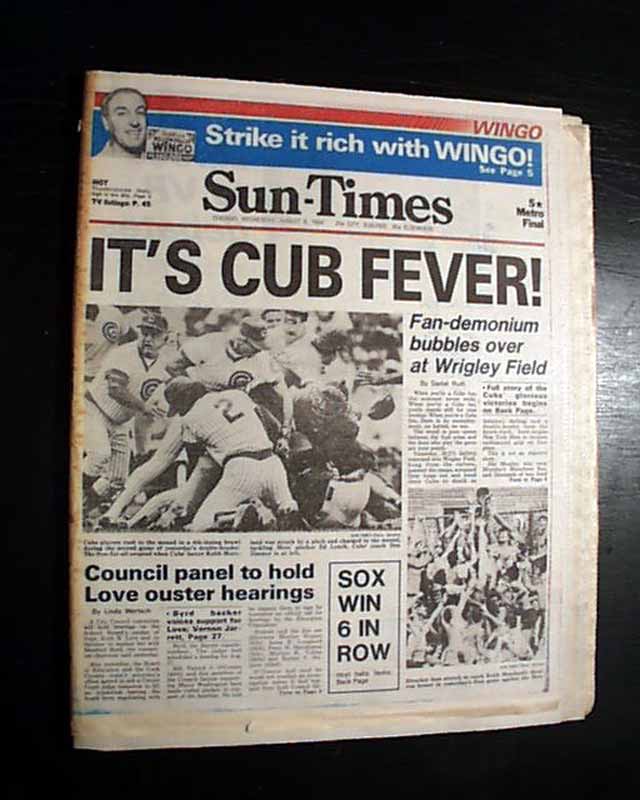