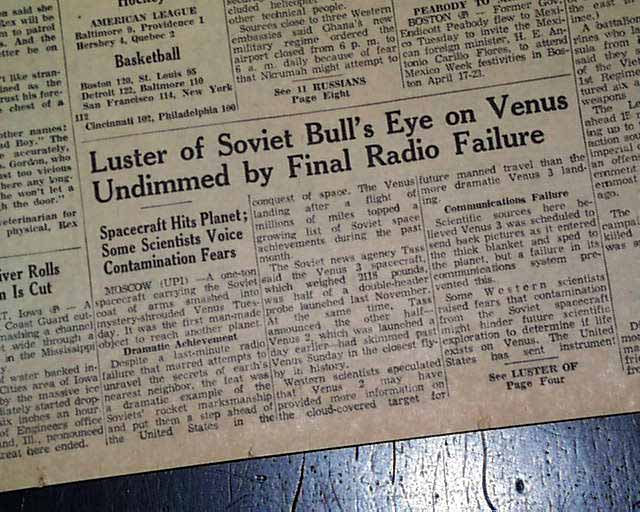 First impact into another planet (Venus)...

The bottom of the front page has a three column heading: "Luster of Soviet Bull's Eye on Venus Undimmed by Final Radio Failure" with subhead. (see) Related diagram is on page 4. Coverage on the Soviet probe, Venera 3, becoming the first man made object to make physical contact with another planet (Venus). This was another Russian victory in the Space Race with the United States.
Complete with all 38 pages, light toning at the margins, nice condition.