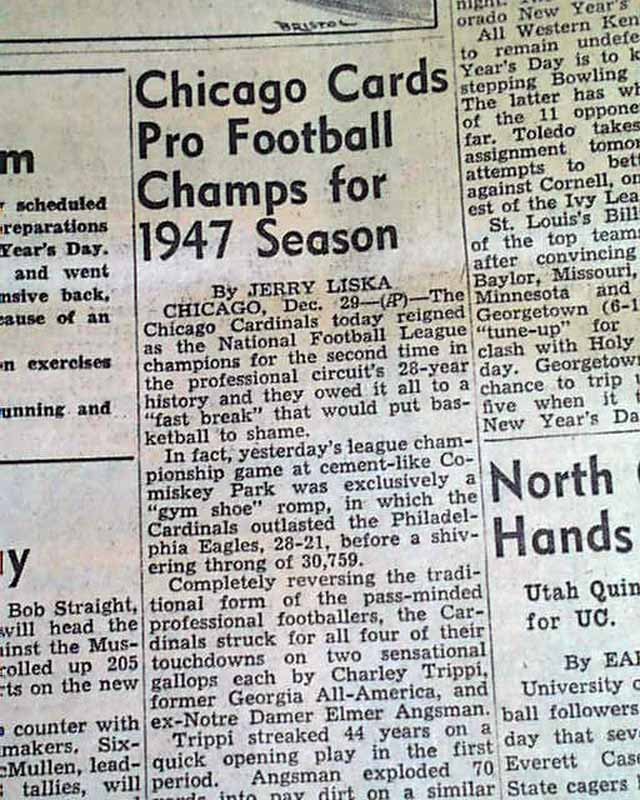 Page 10 has a one column heading: "Chicago Cards Pro Football Champs for 1947 Season" (see) First report coverage on the NFL football championship game between the Chicago Cardinals and the Philadelphia Eagles.
Complete with 26 pages, light toning and a little wear at the margins, small binding holes along the spine, generally good.