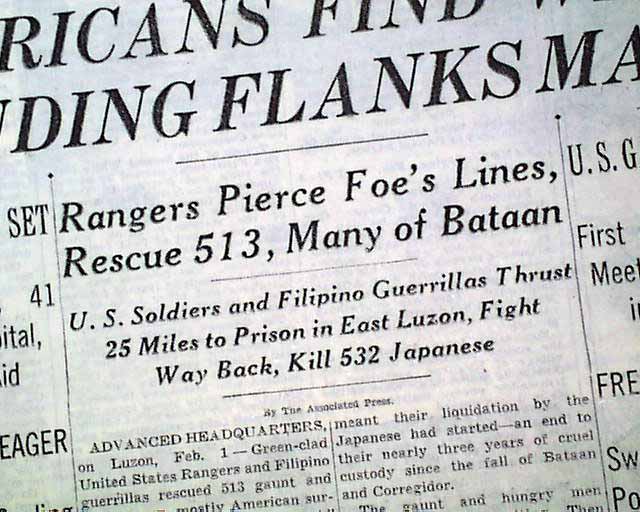 The front page has a four column headline: "LUZON CAPTIVES FREED" with subheads that include: "Rangers Pierce Foe's Line, Rescue 513, Many of Bataan" and more. (see) Much more on page 10. First report coverage on the raid at Cabanatuan which freed many POWs.
Other news, sports and advertisements of the day. Complete in 32 pages, rag edition in very nice condition.