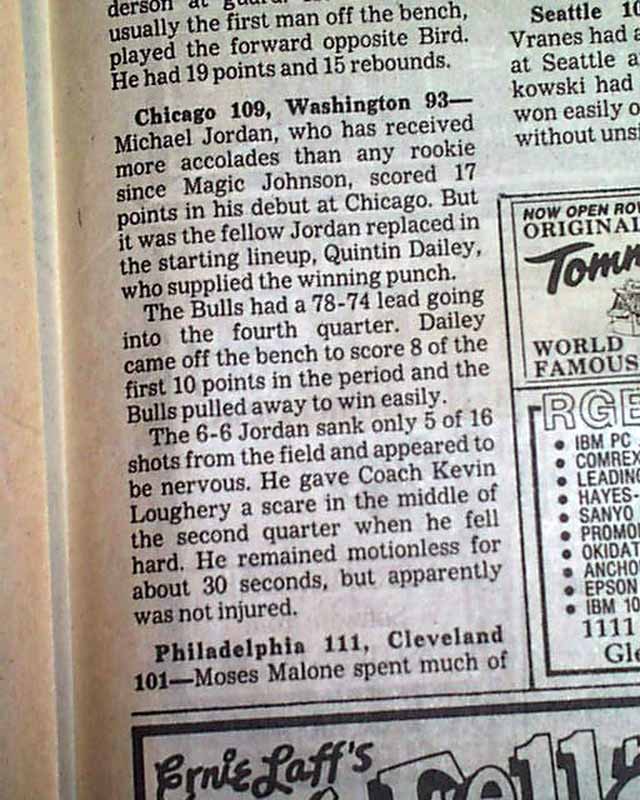 Page 13 of the sport's section has a very small and inconspicuous heading: "Chicago 109, Washington 93" with text beginning with: "Michael Jordan, who has received more accolades than any rookie since Magic Johnson, scored 17 points in his debut in Chicago..." (see) Unfortunate for the discrete report here but it is what it is, still a first report on Jordan's NBA regular-season debut. And from the home of the L.A. Lakers and Magic Johnson, one of Jordan's top career rivals. I expect this to be an extremely rare item because their was really no reason to save it at the time.
Complete with all sections (80+ pages), nice condition.