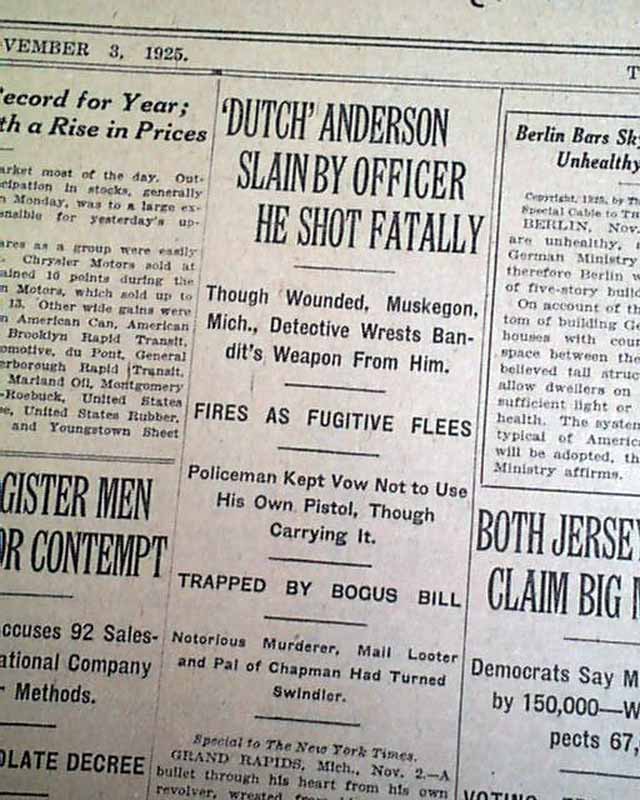 The top of the front page has a one column heading: "'DUTCH' ANDERSON SLAIN BY OFFICER HE SHOT FATALLY" with subheads. (see) First report coverage on the gunfight between police and Anderson at Muskegon, Michigan.
Other news, sports and advertisements of the day. Complete in 18 pages, light toning with a little wear at the margins, generally nice.