Home > Laying the cornerstone to the Capitol building...
Click image to enlarge 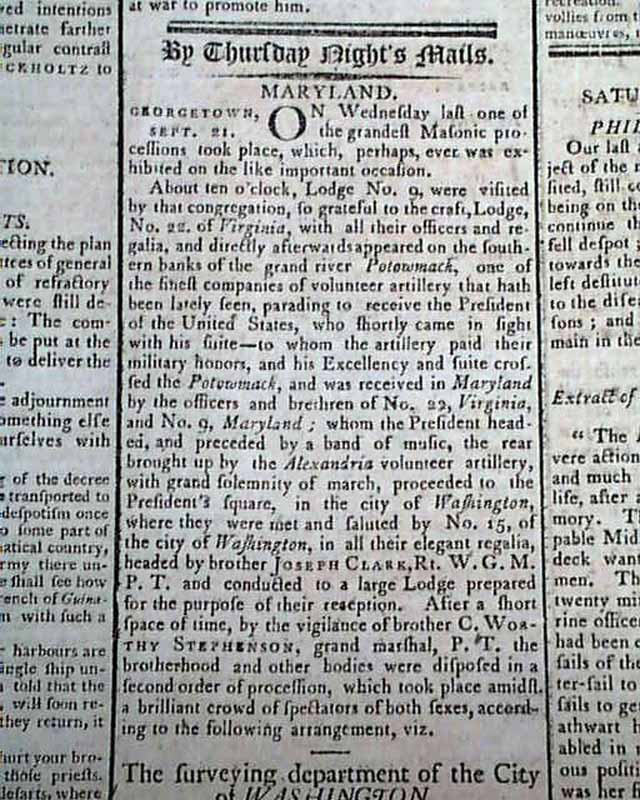 Laying the cornerstone to the Capitol building...

Page 2 has a notable report: "Maryland" concerning a Masonic procession relating to laying of the cornerstone of the capitol building in Washington, D.C.
The report notes the various details of the program & includes: "...appeared on the southern banks of the grand river Potowmack...parading to receive the President of the United States, who shortly came in sight with his suite...proceeded to the President's square, in the city of Washington..." followed by the list of those in the parade. Then included as well: "The Grand Marshall delivered...a large silver plate with an inscription...'This south-East corner-stone of the capitol of the United States of America in the city of Washington, was laid on the 18th day of September 1793..." with more, and then: "...The plate was then delivered to the President who...descended to the...trench & deposed the plate, and laid on it the corner stone of the capitol of the United States of America..." with more detail.
Four pages, very nice condition.