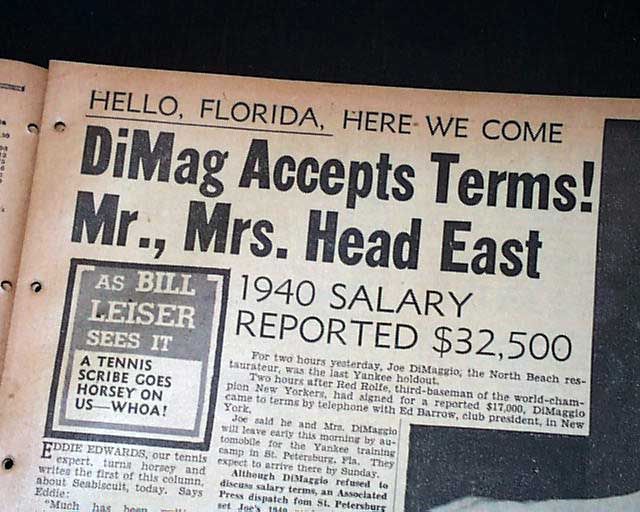 The front page of the sport's section (inside) has a three column headline: "DiMag Accepts Terms!; Mr., Mrs. Head East" with subhead. (see) First report coverage on Joe DiMaggio's contract signing after just four seasons with the New York Yankees. Great to have from his hometown, rare as such.
Complete with 30 pages, light toning at the margins, some small binding holes along the spine, generally nice.