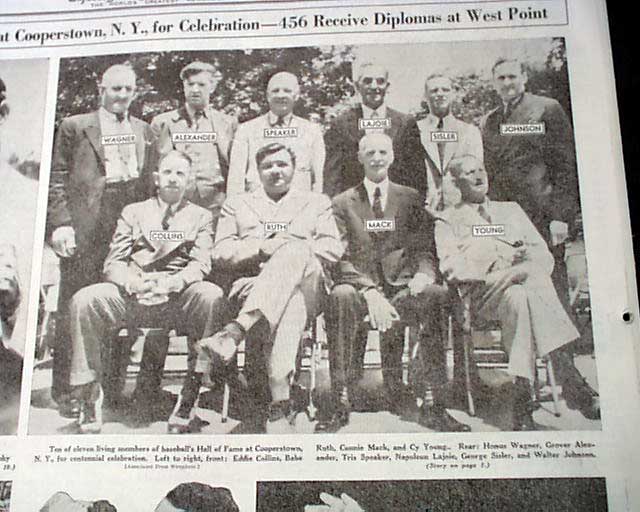 The front page of section 2 (sports) has a one column heading: "CENTENNIAL IS ANNIVERSARY OF CHANGE IN GAME" with subhead and banner pictorial along the bottom margin. The back page has a nice photo of the first inductees into the Hall of Fame including Babe Ruth & Cy Young. Nice to have in the World famous publication.
Complete with all 30m pages, rag edition in great condition. A few small binding holes along the spine.