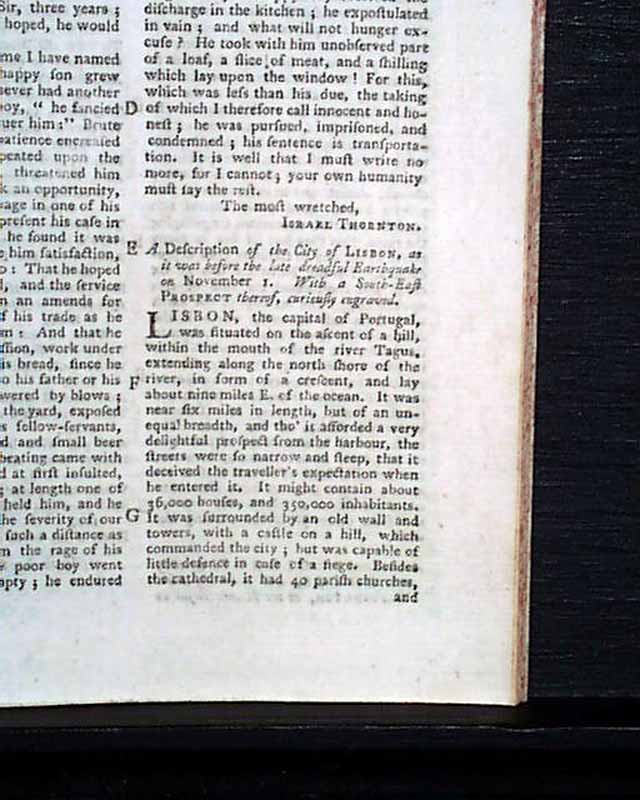 THE LONDON MAGAZINE, England, December, 1755  One of the nicer features of this issue is the very nice title page engraving of the skyline of London in the 1750's, which has much detail (see photos). There is also a nice article taking over a full page: "Account of the British Plantations in America" which is very descriptive of Virginia (see photos).
Other items in this issue include: "A Description of the City of Lisbon..."; "A South East Prospect of the City of Lisbon, the Metropolis of the Kingdom of Portugal"; "Proceedings of the Political Club" which includes some talk of America; "Treaty With Russia" & more. Near the back is "The Monthly Chronologer" which has the latest news reports of the day including some items on the French & Indian War (see photos).
Contains one plate called for.
Complete in 48 pages, 5 by 8 inches, full title/contents page with the noted engraving, in very nice condition.