Home > Death of John Belushi in a L.A. paper...
Click image to enlarge 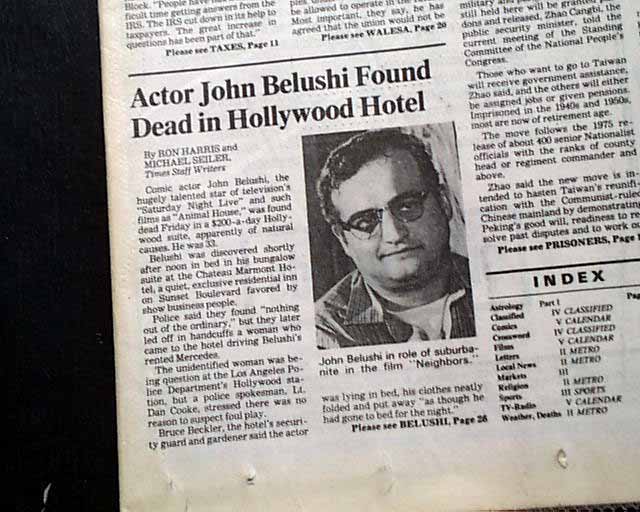 Death of John Belushi in a L.A. paper...

Near the bottom of the front page is a two column heading: "Actor John Belushi Found Dead in Hollywood Hotel" with photo. (see) Continued reporting inside. Nice to have this death report in a newspaper from the capital of the entertainment industry.
Complete 1st section only with all 34 pages, nice condition.