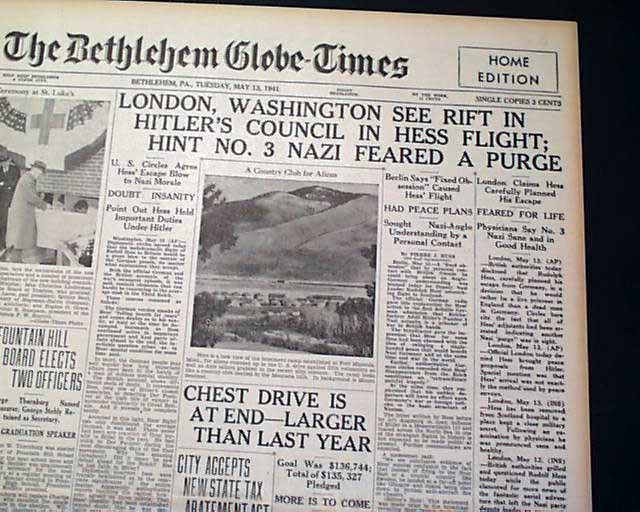 This 20 page newspaper has a five column headline on the front page: "LONDON, WASHINGTON SEE RIFT IN HITLER'S COUNCIL IN HESS FLIGHT; HINT NO. 3 NAZI FEARED A PURGE" with subheads (see photos).

source: wikipedia: Like Goebbels, Hess was privately distressed by the war with Britain. According to William L. Shirer, author of The Rise and Fall of the Third Reich, Hess may have hoped to score a diplomatic victory by sealing a peace between the Third Reich and Britain.