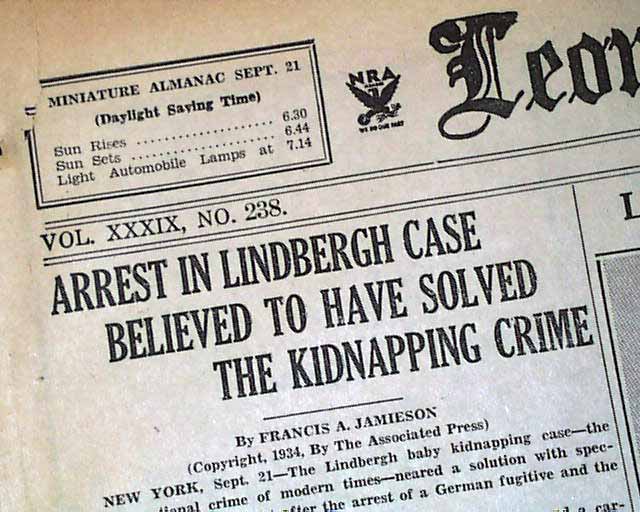 This 10 page newspaper has two column headline on the front page: "ARREST IN LINDBERGH CASE BELIEVED TO HAVE SOLVED THE KIDNAPPING CRIME" with related photo. 1st report coverage on the arrest of Bruno Hauptmann, suspect in the most famous kidnapping in U.S. history. He would eventually be sentenced to death for this crime.

Other news, sport and various advertisements of the day throughout. Very minor margin wear, otherwise in good condition.