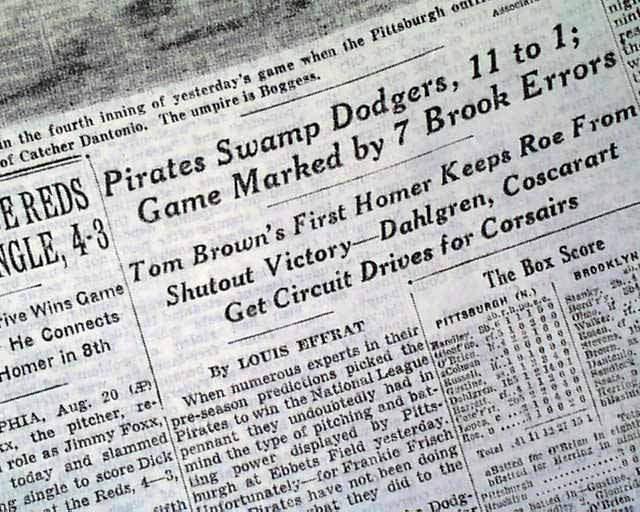 This 38 page newspaper has two column headlines on page 25 that include: "Tom Brown's First Homer Keeps Roe From Shutout Victory" and more with box scores. This happens to be the youngest MLB baseball player ever to hit a home run (17 years old). Nice to have in this famous NYC title.

wikipedia notes: Thomas Michael "Buckshot" Brown (born December 6, 1927 in Brooklyn, New York) was a Major League Baseball Utility player from 1944 to 1953. Brown became the youngest player ever to hit a home run in the Major Leagues when he homered on August 20, 1945 at the age of 17. On September 18, 1950 Brown hit three consecutive home runs in a game.