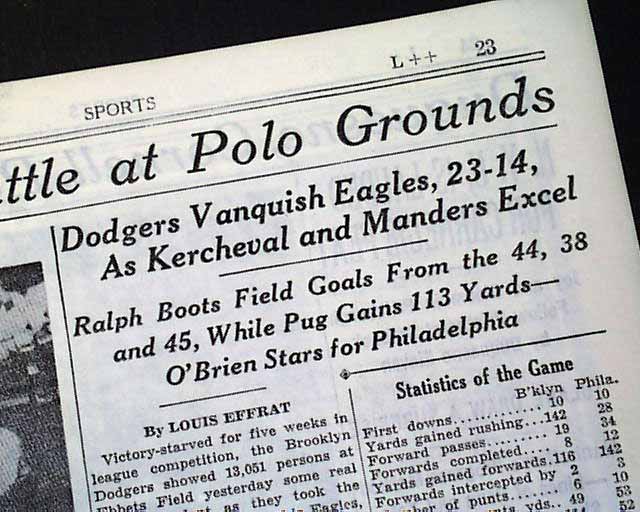 This 38 page newspaper has two column headlines on page 23 that include: "Dodgers Vanquish Eagles, 23-14, As Kercheval and Manders Excel" and more with smaller subheads and game stats and lineups (see images).

Though not mentioned in the report, this was in fact the very first NFL football game to be televised with the new technology of television. A historic item in the infancy of televised sports.

Other news of the day throughout with additional sports and advertising. Rag edition in great condition.