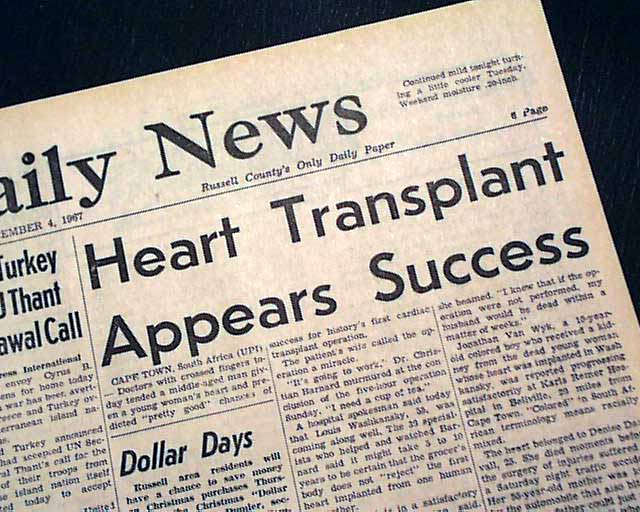 This 6 page newspaper has a three column headline on the front page: "Heart Transplant Appears Success". This is a first report on the very 1st human heart transplant performed by Doctor Chris Barnard.