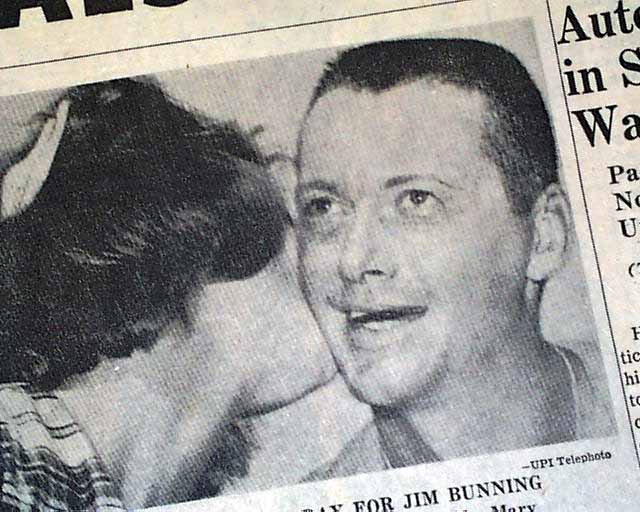 Tells of MLB pitcher Jim Bunning's perfect game at Shea Stadium while pitching for the Philadelphia Phillies.  This was the first time a perfect game had be thrown in the National League in 84 years. He also became the first pitcher in modern baseball history to throw a no-hitter in both leagues.

Nice to have in a Detroit newspaper, the city where he spent  most of his career pitching for.