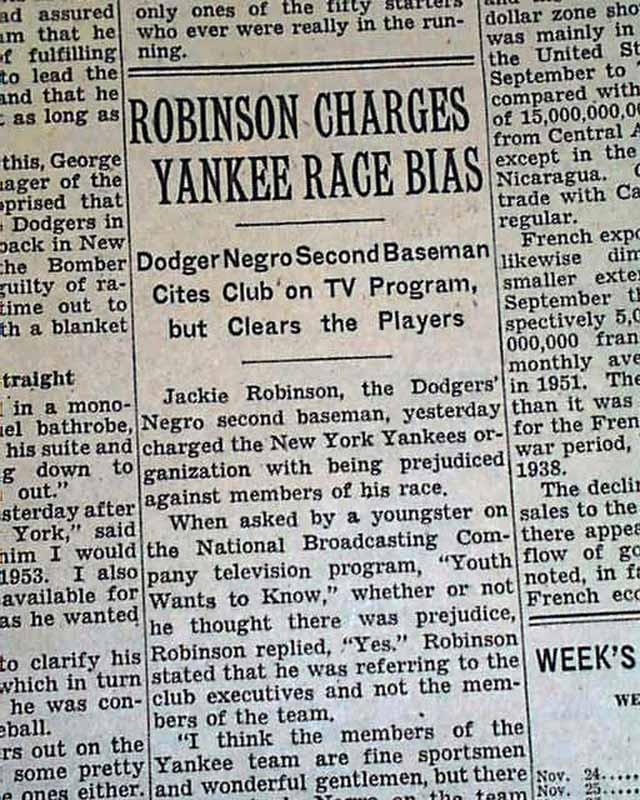 This 44 page newspaper has one column headlines on page 31:

Tells of Jackie Robinson accusing the New York Yankees organization of being racist for not having a black player on the team as of yet. See photos for text. Nice to have in this famous NYC title.

wikipedia notes: Robinson had what was an average year for him in 1952. He finished the year with 104 runs, a .308 batting average, and 24 stolen bases. He did, however, record a career-high on-base percentage of .436. The Dodgers improved on their performance from the year before, winning the National League pennant before losing the 1952 World Series to the New York Yankees in seven games. That year, on the television show Youth Wants to Know, Robinson challenged the Yankees' general manager, George Weiss, on the racial record of his team, which had yet to sign a black player. Sportswriter Dick Young, whom Robinson had described as a "bigot", said, "If there was one flaw in Jackie, it was the common one. He believed that everything unpleasant that happened to him happened because of his blackness."