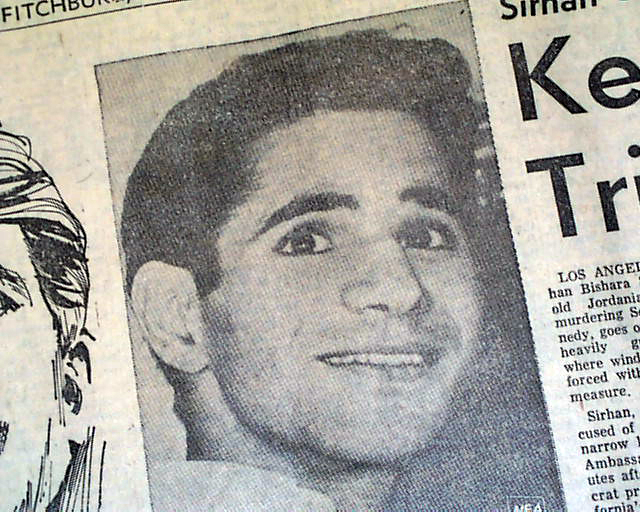 This 20 page newspaper has a four column headline on the front page: "Kennedy Murder Trial To Begin" with photo of Sirhan and illustration of Kennedy.