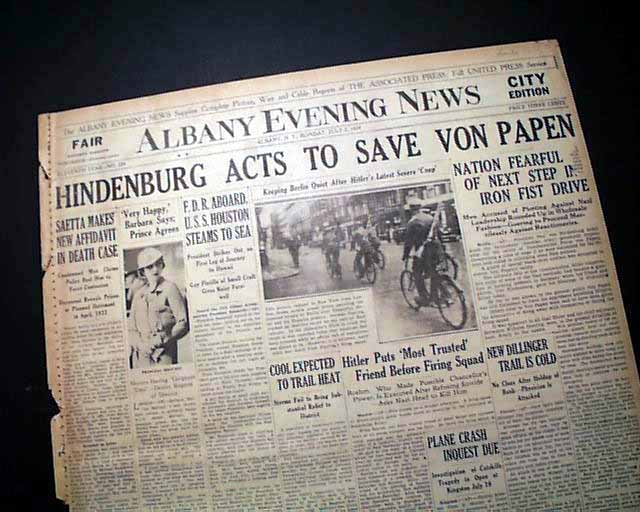 Hitler's Night of the Long Knives...

This 30 page newspaper has a nice banner headline on the front page: "HINDENBURG ACTS TO SAVE VON PAPEN" with subheads that include: "Nation Fearful Of Next Step In Iron Fist Drive" "Hitler Puts 'Most Trusted' Friend Before Firing Squad" and more with related photo.

Other news of the day throughout. Usual browning with some margin wear, especailly along the spine with minor text loss, otherwise good.

source: wikipedia: The Night of the Long Knives (German: Nacht der langen Messer) or "Operation Hummingbird," was a purge of Adolf Hitler's potential political rivals in the Sturmabteilung (SA).