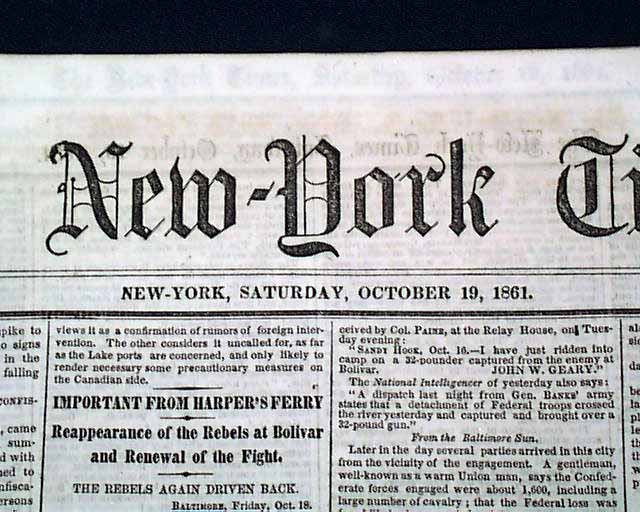 This 8 page newspaper is in nice condition due to the use of cotton and rag paper during this very historic time in U.S. history. This issue is loaded with advertisements and Civil War reports throughout from the day it was first reported which includes the following headlines: "THE GREAT REBELLION" "Further Evidence of the Retreat of the Enemy" "Important From Harper's Ferry" "Renewal of the Fighting at Bolivar" "Important From Missouri" "Defeat of the Rebels Near Pilot Knob" "Further Accounts of the Attack on Wilson's Zouaves" and much more. SEE PHOTOS. A nice piece of history from this famous newspaper.