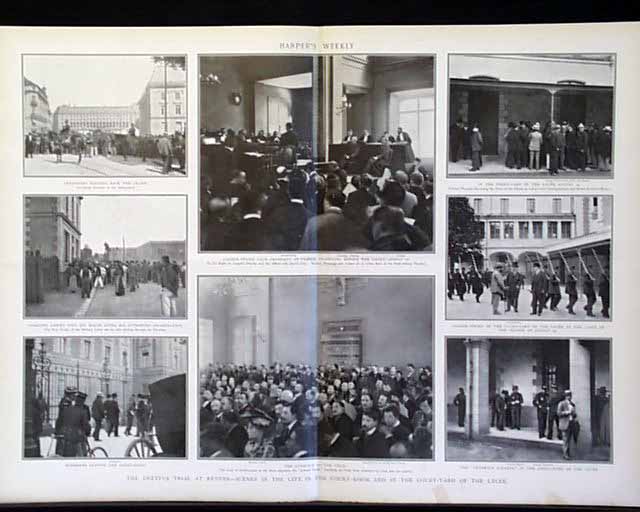 The front page of this issue has a full page photo: "For the Dewey Arch" which says underneath: "John Q. A. Ward, President of the National Sculpture Society, at work in his studio on the models of his contribution to the decorations." There is a fullpg. with 8 photos of: 'In the Track of the Puerto Rico Cyclone--A City in Ruins' at Ponce. Fullpg. showing the Dewey Arch in New York City. There are other full pages with photos which include: "Pittsburg--Return from Manila of the 10th Pennsylvania Volunteers", "The Decorations for the Dewey Arch at Madison Square, New York" and the double page centerfold: "The Dreyfus Trial at Rennes--Scenes in the City, in the Court-Room, and in the Court-Yard of the Lycee."
Other news and advertisements of the day are included. This issue is complete in 24 pages and is in good condition.