On the treaty ending the Mormon War...

Missouri wants the U.S. to pay for the Mormon War...

Will the Mormons leave? On the assassination of Joseph Smith... America's first African-American lawyer...

Will the Mormons leave? On the assassination of Joseph Smith... America's first African-American lawyer...

Report of the murder of Joseph Smith in a British magazine...

Report of the murder of Joseph Smith in a British magazine...

Sloat's Proclamation taking command of California during the Mexican War..

On the Mormon emigration...

Lincoln when he was an unknown... Mormons & California...

Mormons are settling at the Great Salt Lake... Wonderful letter on the Gold Rush of California... 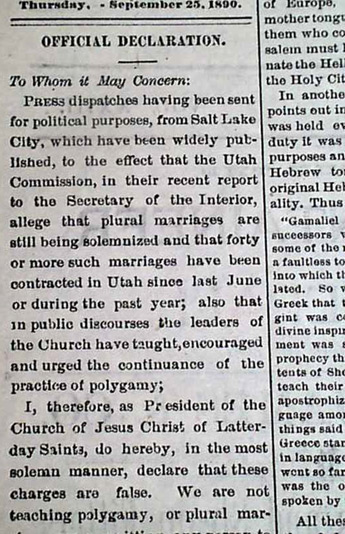