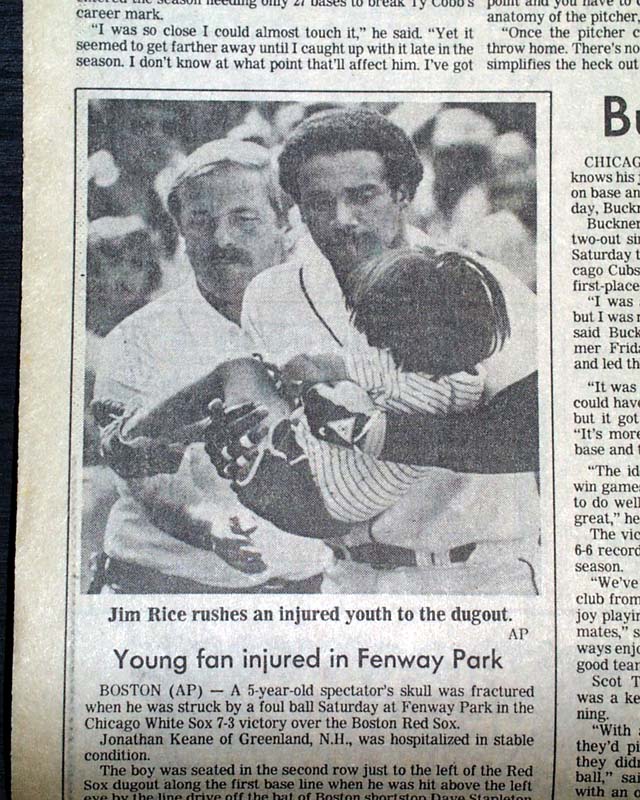 Page 56 within the Sports Section has: "Young fan injured in Fenway Park", which tells of (then, future Hall of Famer) Jim Rice rushing out of the dugout to aid a 5-year-old spectator (Jonathan Keane) after he had been struck in the skull by a foul ball. Doctor's later determined that had Jim Rice not acted so swiftly, the boy would not have survived. The coverage includes a photo of Jim carrying the boy and is captioned: "Jim Rice rushes an injured youth to the dugout".
Other news of the day and additional sports related reports is also present.
Included at a minimum are both the complete Front and Sports Sections.

(item added to the previous catalog after it went to print)