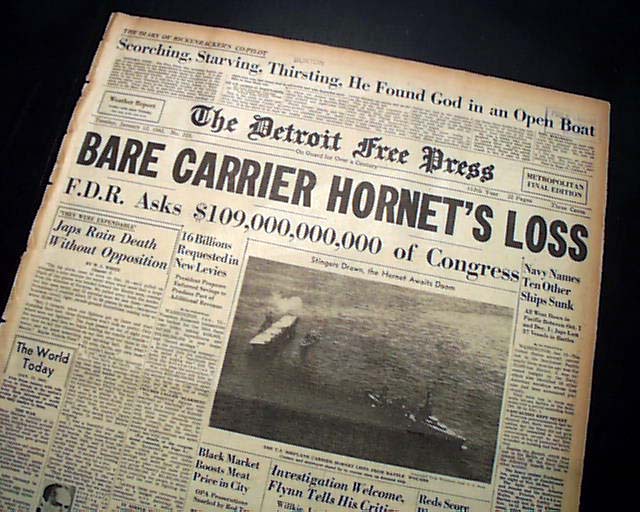 The front page has a nice banner headline: "BARE CARRIER HORNET'S LOSS" with subheads and photo. Another related photo is on the back page. (see) This sinking actually happened a few months earlier but was not made public until now making this still a first report.
Complete with all 22 pages, light toning at the margins, generally nice.