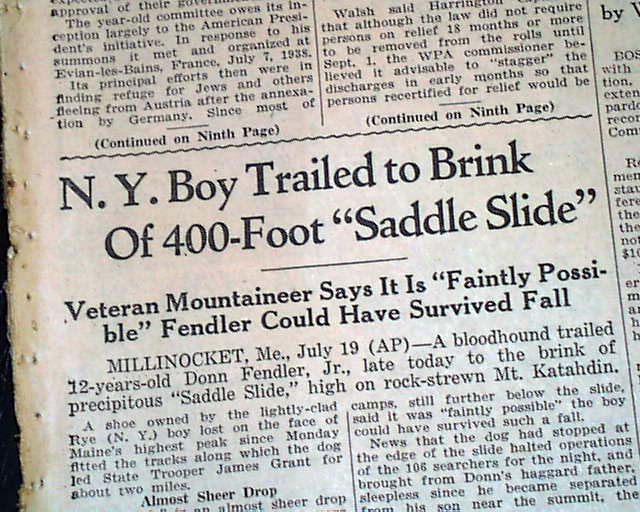 Near the bottom of the front page is a two column heading: "N.Y. Boy Trailed to Brink Of 400-Foot 'Saddle Slide'" with subhead. (see) Coverage on Donn Fendler going missing in the mountains of Maine.
Complete with22 pages, light toning and minor wear at the margins, generally nice.