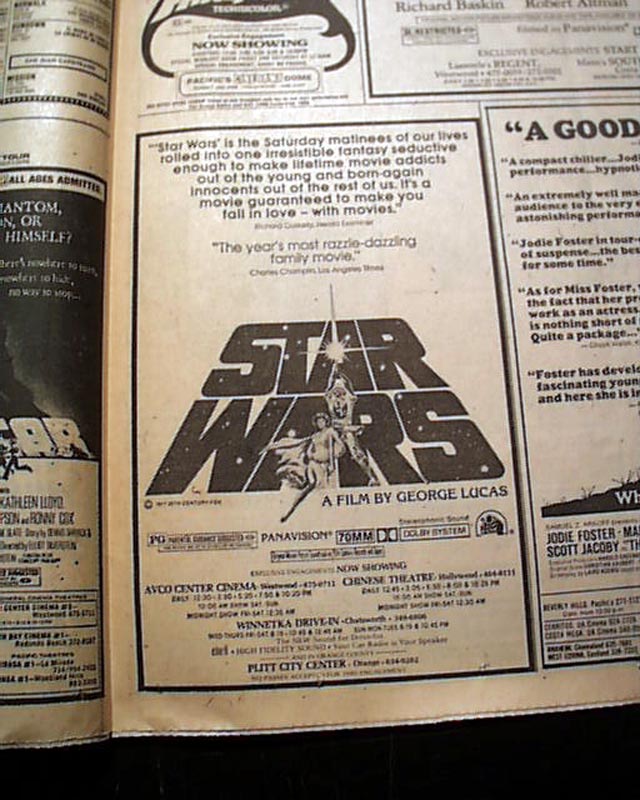 Inside the "View" section is a ad for George Lucas' "Star Wars"  The ad measures 7 1/2 x 5 inches. This original "Star War" movie opened just 7 days earlier. Great to have this uncommon ad in a Hollywood area newspaper. A quite rare issue as it would not have been saved since it contains no historically significant content.
This offering includes only the pertinent sections: I (front) and IV ("View") with a total of 46 pages, nice condition.