Home > Back to Search Results > 1912 Ad for a return trip on the Titanic...
Click image to enlarge 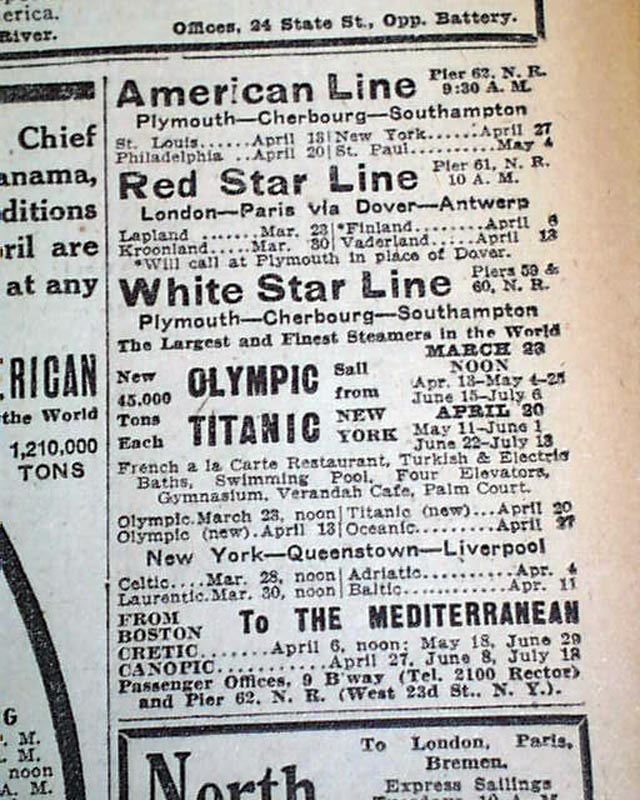 Published nearly two months before the world's largest ship--the "unsinkable" Titanic--would make history by sinking in the North Atlantic, this newspaper contains an advertisement on page 11 for the return trip of the Titanic. Obviously a trip which would never be made.
The page 11 ad is headed: "White Star Line", plus: "Plymouth--Cherbourg--Southampton" "The Largest & Finest Steamers in the World" "Olympic & Titanic" "Sail From New York" "April 20" plus a few other details.
One wonders how many tickets were purchased for the return trip.
Also of interest is an ad for the "Lusitania" above the Titanic ad. Curious to have ads for these two disaster-prone ships so close to one another.
Fourteen pages, light toning and a little wear at the margins with a few tiny tears, generally good. Should be handled with care.