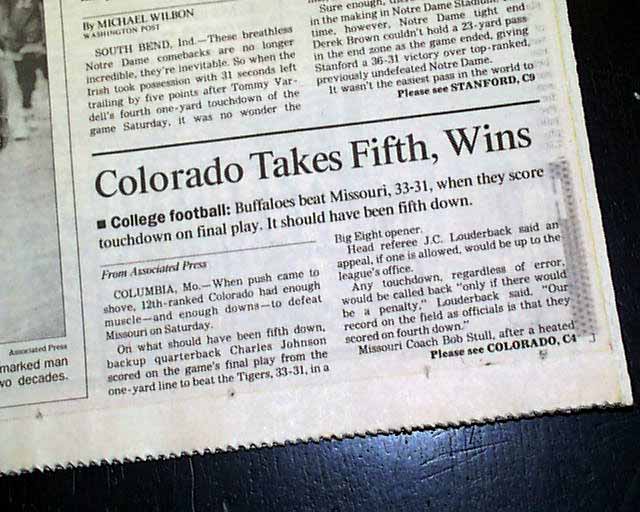 The bottom of the front page of the sport's section has a two column heading: "Colorado Takes Fifth, Wins" with subhead. (see) First report coverage continues inside. This enabled Colorado to stay undefeated and eventually take a share of the national title with Georgia Tech.
Complete 1st and sport's sections only totaling 66 pages, very nice condition.