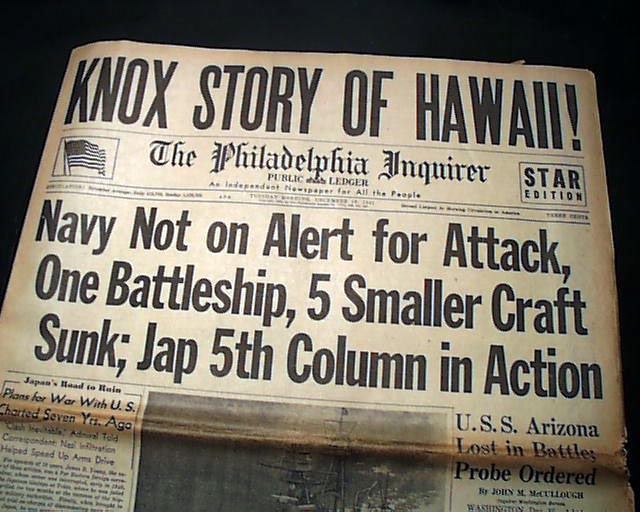 The very top of the front page, above the masthead is a great banner headline: "KNOX STORY OF HAWAII!" with: "Navy Not on Alert for Attack, One Battleship, 5 Smaller Craft Sunk; Jap 5th Column in Action" with subheads and photo of the USS Arizona. (see). Nice for display. Also text of Knox's official report on the infamous attack.
Complete 1st section only with 22 pages, might toning and minor wear at the margins. Also light toning and minor wear at the central fold, generally nice.