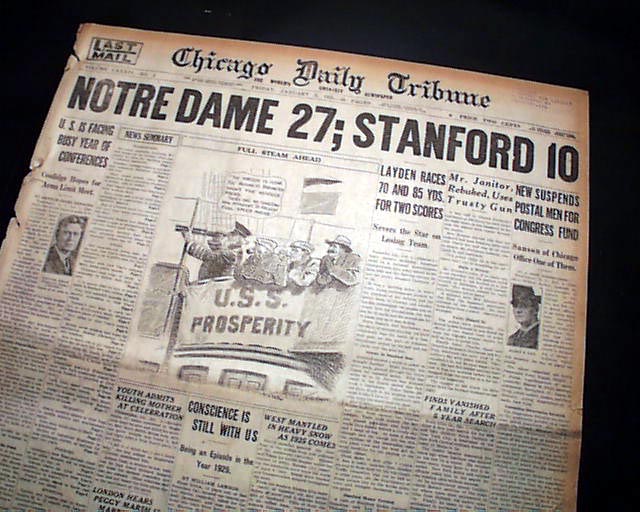 The front page has a great banner headline: "NOTE DAME 27; STANFORD 10" with subheads. Terrific for display. First report coverage on the 1925 Rose Bowl which featured that famous "Four Horsemen" of Notre Dame. Always nice to have notable events in history reported in this venerable newspaper.
Complete in 30 pages, light toning and some wear at the margins, a few archival mends on page 2, generally good. Should be handled with care.