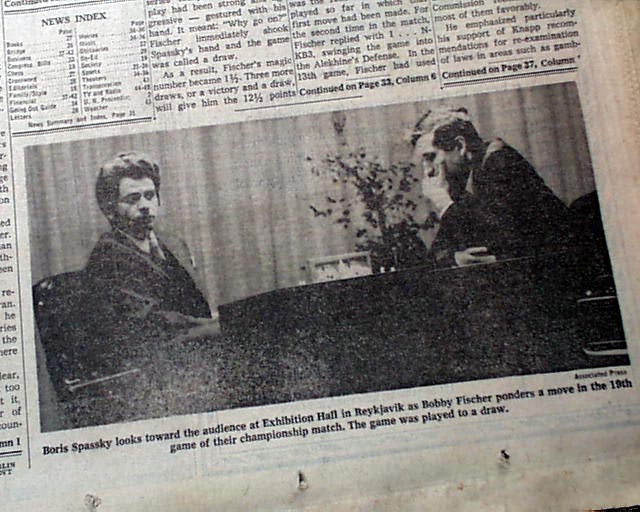 Near the bottom of the front page has a two column heading: "Fischer Nears Title With Draw Against Spassky in Game No. 19" with photo of the two playing. (see) More on page 33. Coverage on Bobby Fischer near the World chess championship title which would happen a few days later.
Complete with 46 pages, generally in very nice condition.