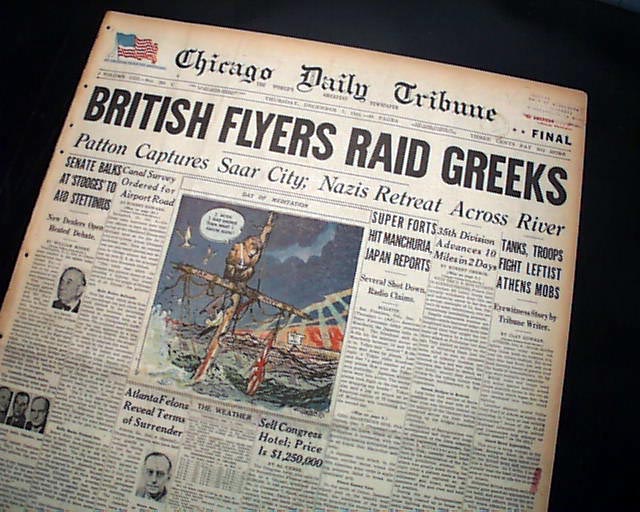 The front page has a banner heading: "Patton Drives Germans Across Saar in Nine Mile Front" with subheads. (see) Coverage of Patton's movements just a few weeks prior to the Battle of the Bulge. Always nice to have notable events in history reported in this World famous publication.
Complete with all 40 pages, light toning at the margins, small library stamp within the masthead, small binding holes along the spine, generally nice.